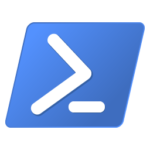 We are pleased to announce the release of Get-WhatsNew, a cmdlet that delivers feature
information about new versions of PowerShell to your local terminal experience.

Between General Availability (GA), Long-Term Servicing (LTS), and Previews release, PowerShell ships
updates several times a year. At this pace, PowerShell users may become unaware of new features and
changes that improve automation, performance and security. Today, this information is provided through
release notes and the PowerShell
GitHub repository. Get-WhatsNew enables you to:

The Get-WhatsNew cmdlet ships in the
Microsoft.PowerShell.WhatsNew
module, which can be installed from the PowerShell Gallery.

Get-WhatsNew displays PowerShell features by version. The cmdlet includes
complete help with several examples. Here are some highlights to get started:

To get the complete help information for Get-WhatsNew

To display the release notes for the version of PowerShell in which the cmdlet is running.

To display the release notes for PowerShell 7.2 regardless of which version the cmdlet is running.

To display one randomly selected section of the release notes per version of PowerShell selected.
Add this to your profile to receive a Message-Of-The-Day (motd).

We value your ideas and feedback and hope you will give WhatsNew a try. Stop by our
GitHub repository and let us know of any issues you find
or features you would like added.

The post Announcing the release of Get-WhatsNew appeared first on PowerShell Team.