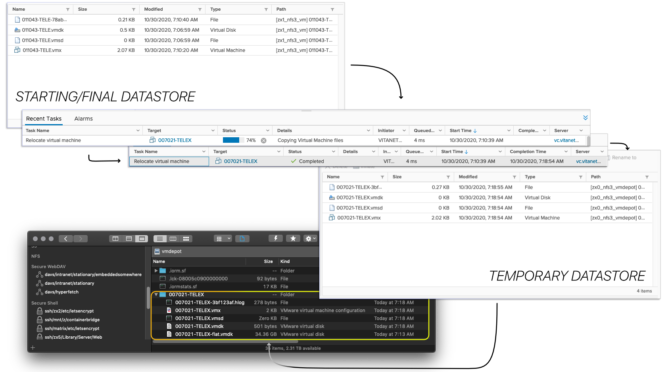 I don’t think VMware is going to solve renaming VMs on non-vSAN datastores by now so to rename a new-and-never-turned-on zeroMB VM I migrated it to a temporary datastore to move it back with the new name but it still took about 8 minutes, way too long to move not 1MB of data.

This has been hapenning but I thought it was just me being careless because I was migrating VMs in batches with sleep depravation but this this time I took all precautions and ignored the datastore policies (which would end up in the same result anyway) and set the thin-provisioned disks to migrate thin provisioned. Yet it took a while, it showed it was occupying even less space in the next datastore by fractions of kilobyte, but still, and in reality it inflated a 32GB disk. The machine doesn’t even has an OS in it or even an ISO attached to it. 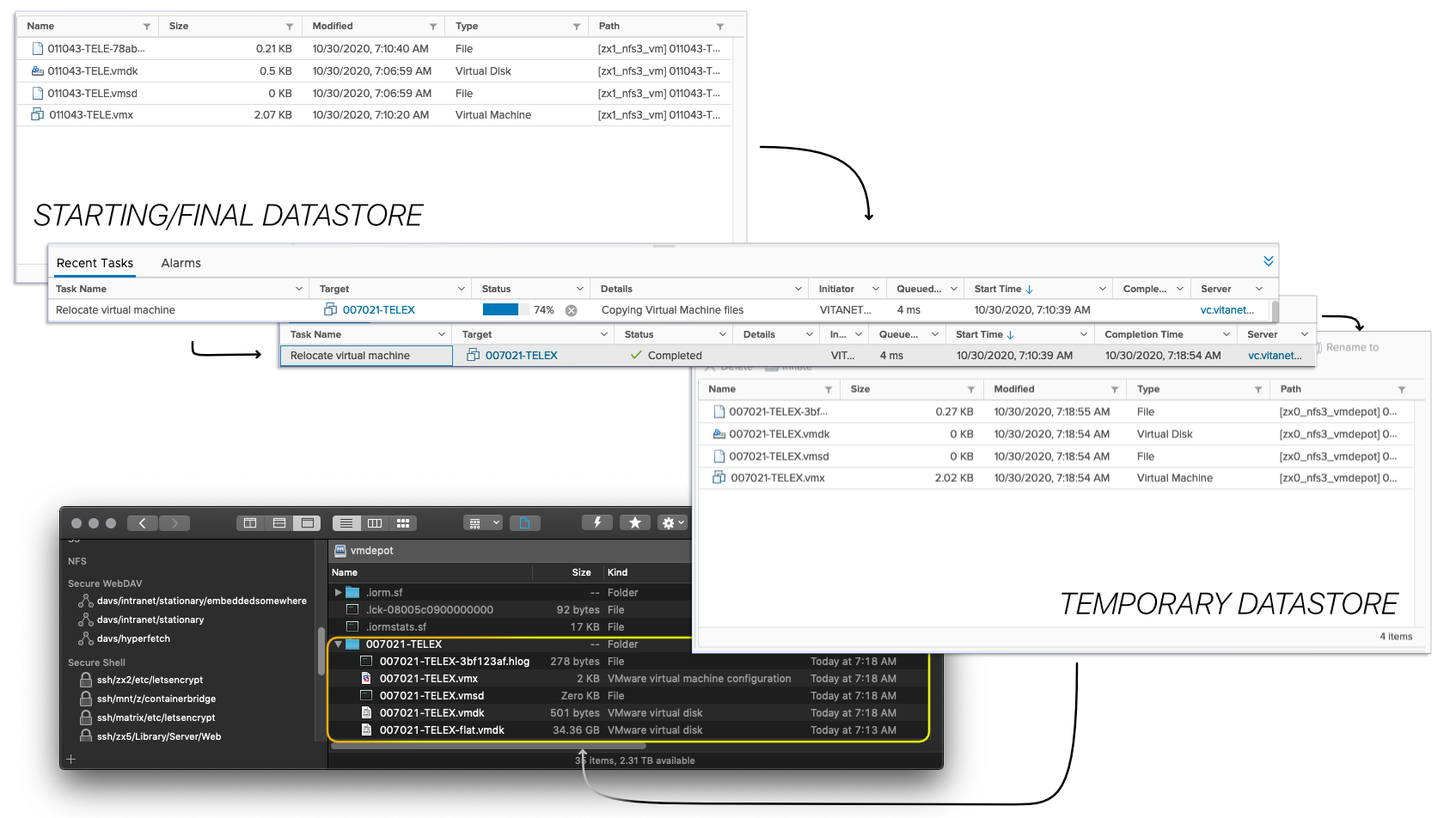 This is on the vSphere 7 btw, the latest, since it now announces updates on right on vCenter the Web Client, you basically cannot be outdated or it’ll keep telling you so.