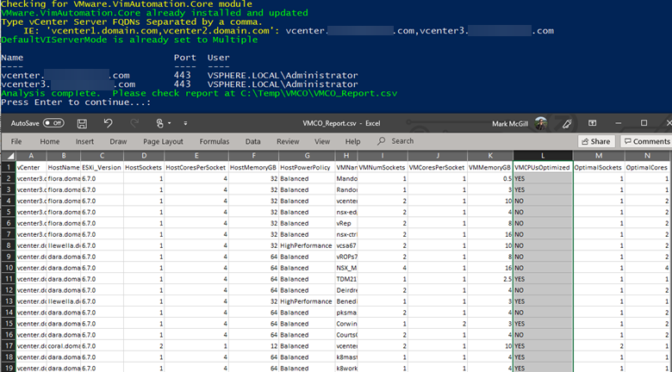 The Virtual Machine Compute Optimizer (VMCO) is a Powershell script that uses the PowerCLI module to capture information about the hosts and VMS running in your vSphere environment, and reports back on whether the VMs are configured optimally based on the Host CPU and memory. 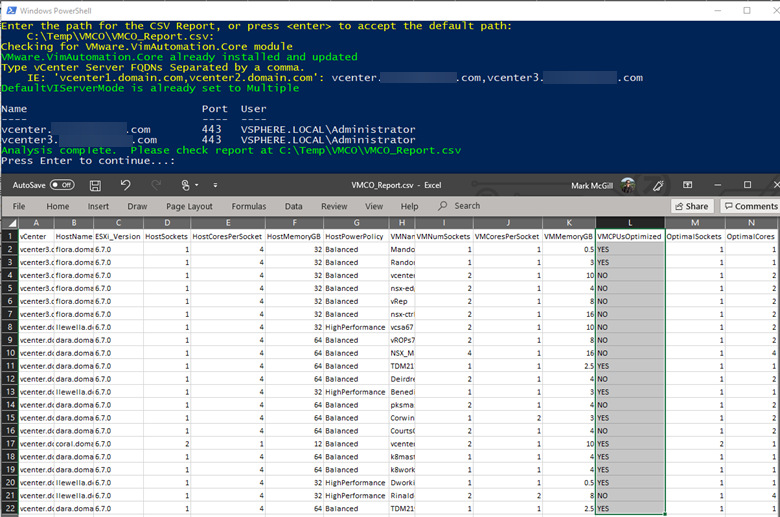 It will flag a VM as “YES” if it is optimized and “NO” if it is not. For non-optimized VMs, a recommendation is made that will keep the same number of vCPUs currently configured, with the optimal number of virtual cores and sockets.