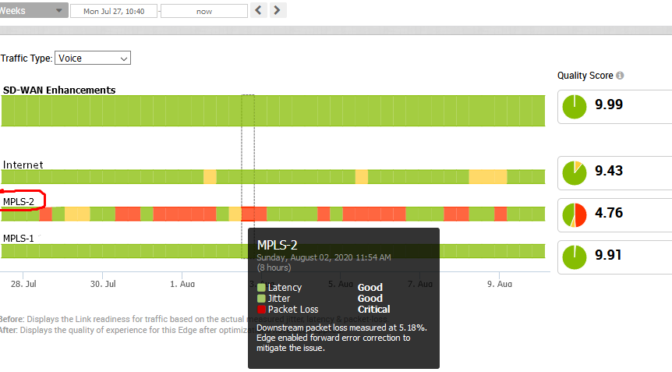 This is PoC in a production environment.

In the normal scenario without sdwan there are two MPLS lactive/passive, so the MPLS-2 is used only when the MPLS-1 fails.

Now with sdwan both MPLS transports are enabled to forward traffic simultaneously.
I realized that VeloCloud is measuring a lot of “packet loss” on the MPLS-2. (Latency and Jitter are very similar than MPLS-1).

I would like to submit a support ticket with the MPLS provider but, how can I make sure than the VeloCloud measure is accurate?

Any suggestions about other tests could I perform?
do you guys have seen something similar?