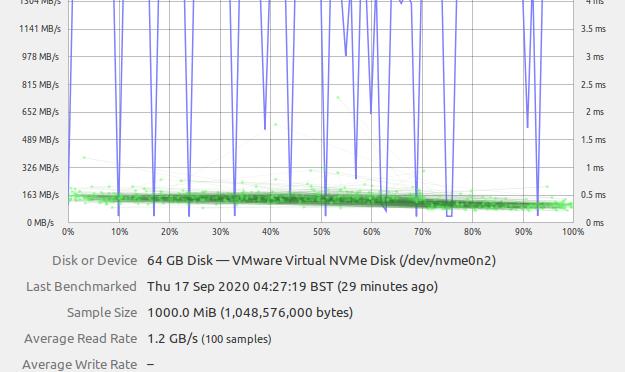 Guest OS specs on both platforms

Note: VMware tools was installed in the guest OS

Note: The tests were run with only one virtualisation platform being installed at a time so no co-existence causing any conflicts.

Note: On Hyper-V I had not got around to uninstalling VMware Tools and installing Hyper-V equivalent and the VM had been converted using the Starwind V2V Converter

I’ve had poor SSD performance on Workstation 14, 15 and now 16 with these huge I/O stalls.

The average read speed seems comparable to Hyper-V, but those dips are realtime and make the benchmark test take measurably longer than when run in Hyper-V. 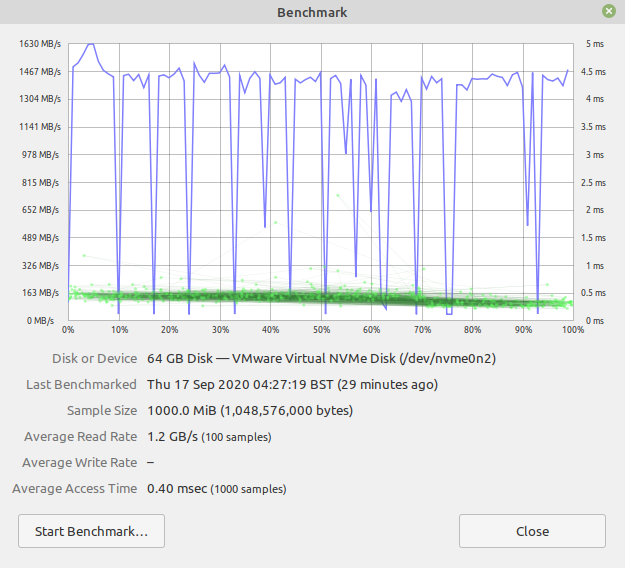 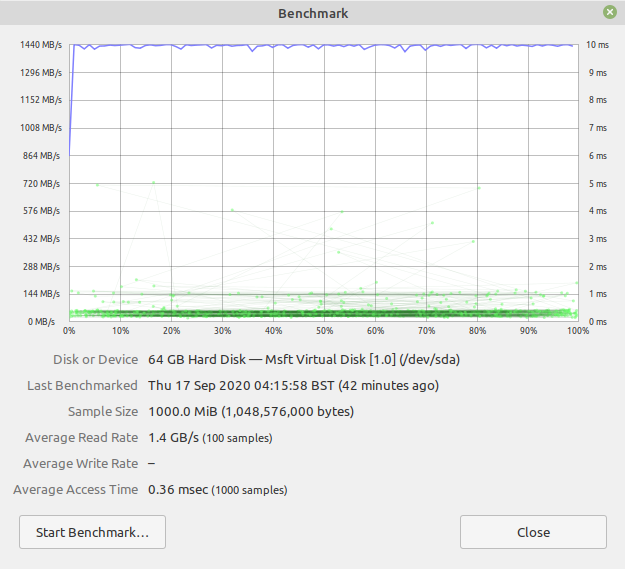