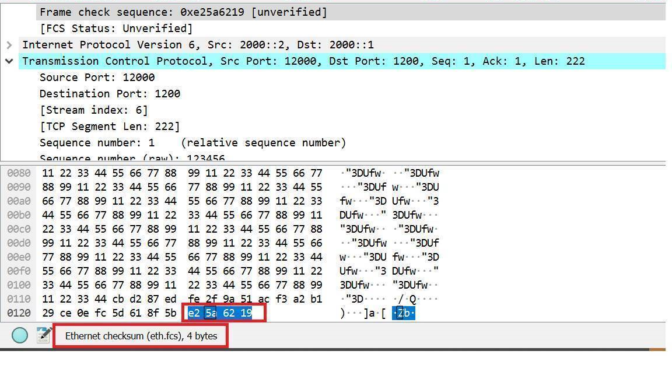 VDS switch strips IPv6 eth.fcs bytes when transmitting the packets. The behavior looks weird across the hardware. In some ESXI host the fcs trailer bytes are stripped by the VDS switch and on other host fcs bytes are reframed. We would like to know is there any configuration settings available for eth.fcs in VDS switch.

The packet is transferred between the VM. The fcs trailer 4 bytes marked has been stripped by the VDS switch.

Attached the pcap file of the ingress & Egress.

All frames and the bits, bytes, and fields contained within them, are susceptible to errors from a variety of sources. The FCS field contains a number that is calculated by the source node based on the data in the frame. This number is added to the end of a frame that is sent. When the destination node receives the frame the FCS number is recalculated and compared with the FCS number included in the frame. If the two numbers are different, an error is assumed and the frame is discarded 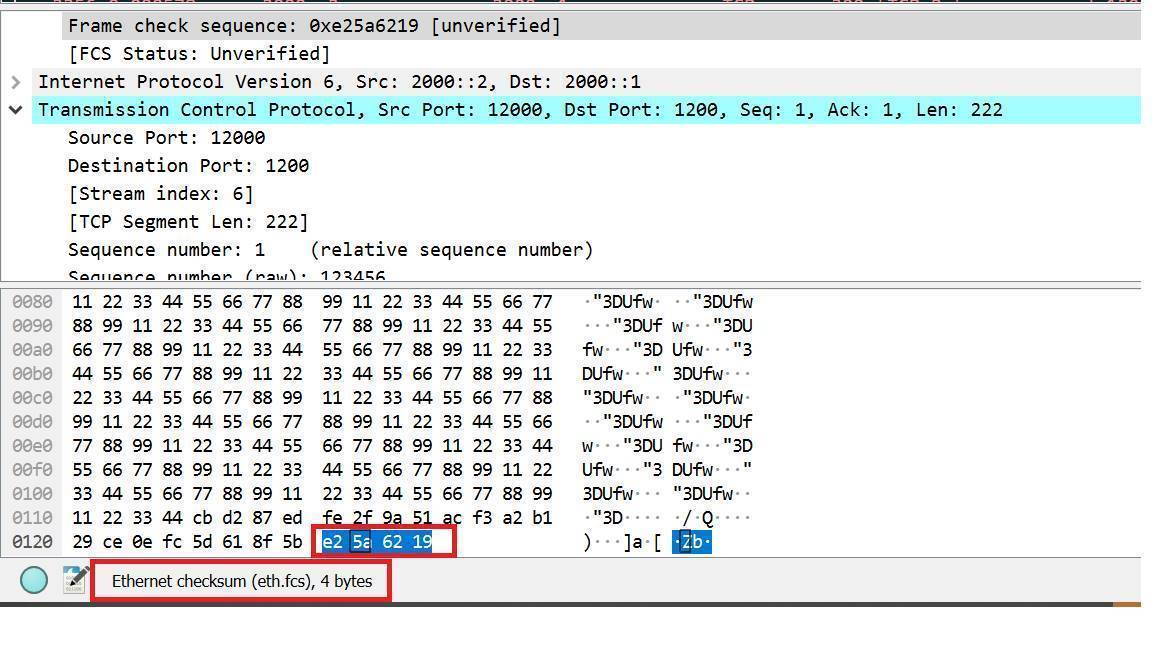