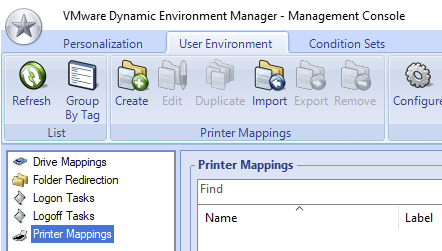 We’re happy to announce that Dynamic Environment Manager 2006 (10.0) has been released, with the following new features:

I was too late in requesting an update to our Windows 10 support matrix, so that should take place over the course of the next few days, but Windows 10 Version 2004 (May 2020 Update) is now also officially supported.