I just upgraded from VMware Workstation 15.5 to 16, and there was no update to VMware Tools with it (it’s still using version 11.0.6 build 15940789 which only supports up to DirectX 10.1). When I select in VMware Workstation preferences to “Download All Components Now” it tells me “All downloadable components are up to date”, and when I select to check for software updates it tells me “There are no software updates available at this time.”

To verify the version of DirectX that VMware Tools supported I opened dxdiag (the DirectX Diagnostic Tool) by executing it in the Run dialog, then switched to the “Display” tab and checked the Direct3D DDI and Feature Levels under “Drivers”. As you can see in the following screenshot, the highest level of DirectX support for the driver is 10.1.

Now with a video driver that supports newer versions of DirectX, it would look something like the following screenshot (note that the driver in this example supports DirectX 12, and I won’t expect to see that in VMware Workstation until it is formally announced). 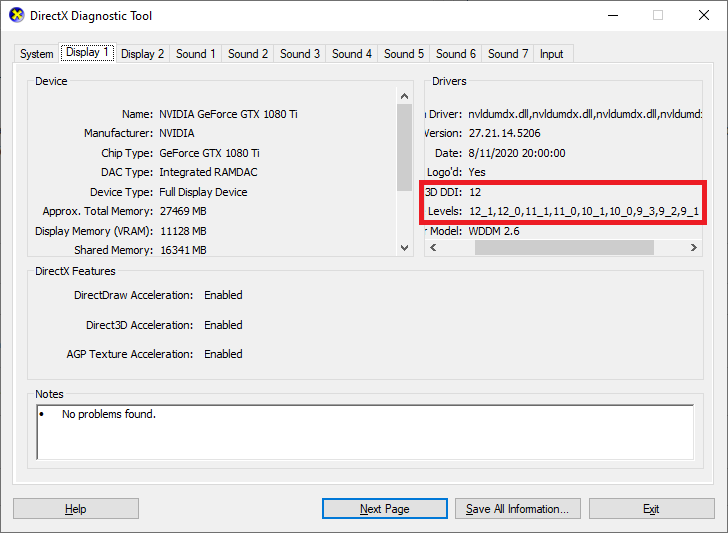