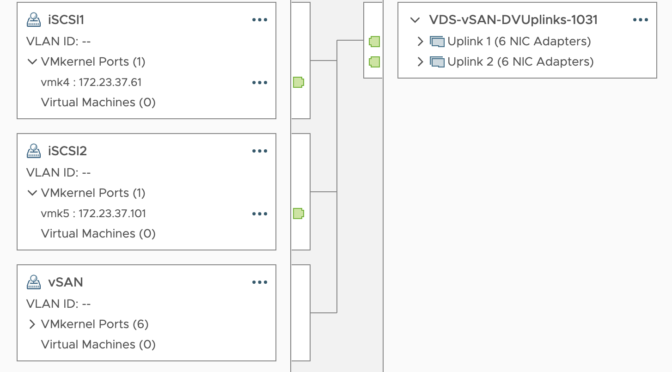 I have two vSAN clusters under one vCenter Server sharing a VDS. I want to use the vSAN iSCSI Target Service to access some of each cluster’s vSAN storage from the other cluster. Using the vSAN VDS I added two new port groups iSCSI1 and iSCSI2 (in addition to the vSAN port group with the vSAN vmk with teamed uplinks), assigned each one an Active uplink (set the other uplink to Unused) and created a vmk in each port group then setup Network Port Binding for my iSCSI Software Adapter to use these vmks. I configured two targets for Dynamic Discovery and Rescan Adapter. This populates the Static Discovery list with two targets as expected including the correct IQNs, however the Network Port Binding tab shows Path Status: Not used which I guess is bad. Also no Devices or Paths are discovered. I wonder if it’s sending its iSCSI discovery out the vSAN vmk… 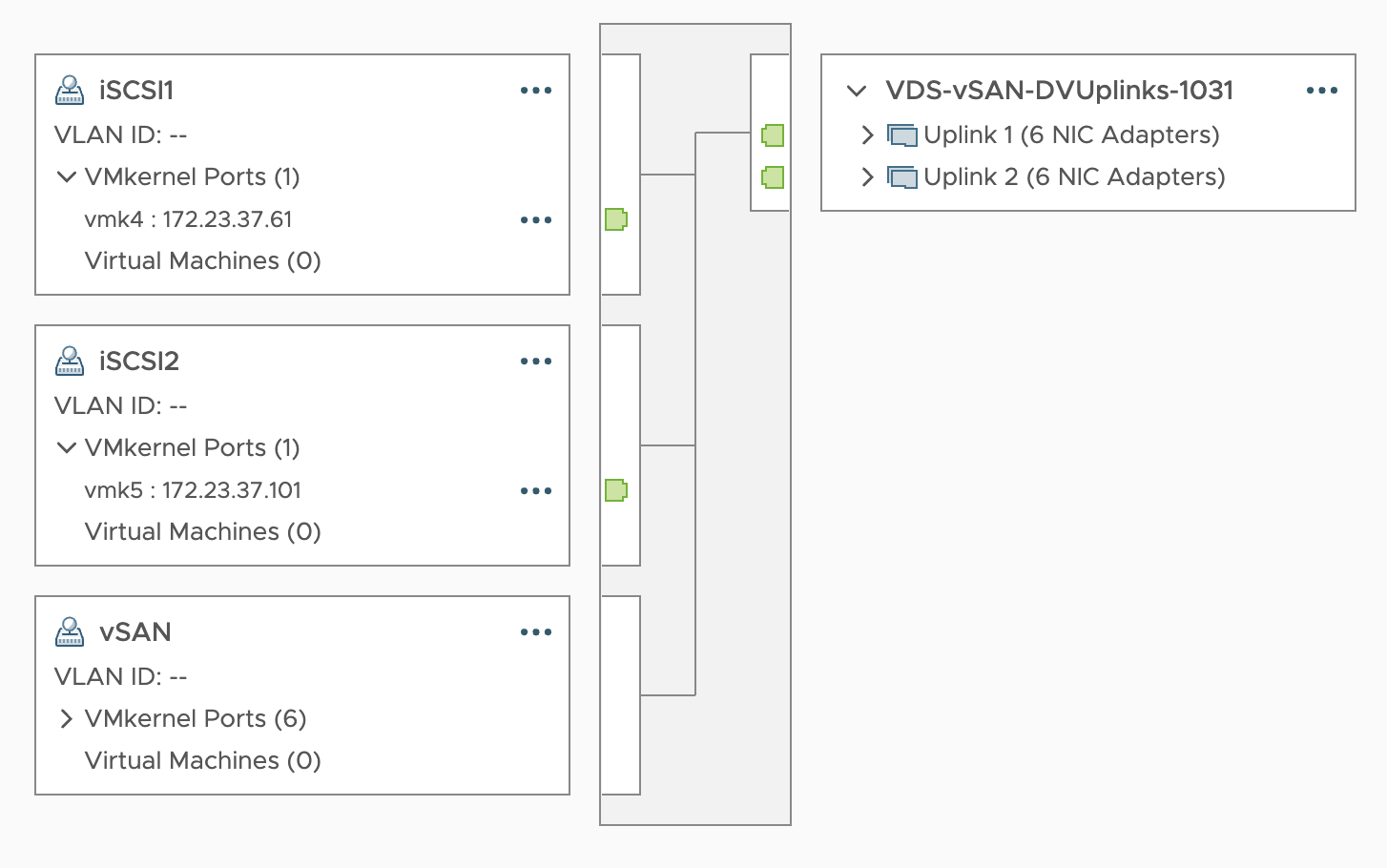