Usually when I create a VM on my PC I launch and get the black screen that says “time out” then the windows logo loads up in a few minutes and windows starts installing. On my new PC though after the time out screen a blue screen loads up like this . “Boot normally” is ‘unsuccessful’  and any other option does not work and will eventually revert back to this screen. This happens regardless if I use the windows iso from Microsoft or not. I tried using the latest version of VMware player with no success and now the latest VMware workstation pro and still the same problem. 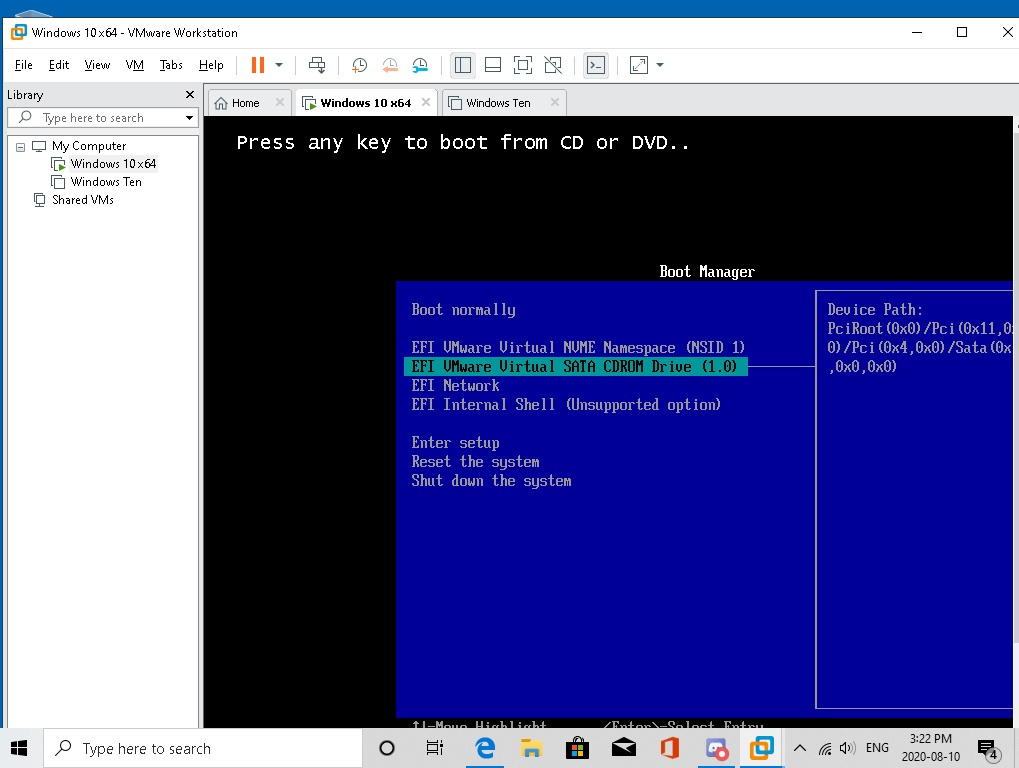