I have this End User who requested an IaaS VM that is has no operating system installed.

after many searches I found out a solution where I created a blueprint & connected it to an windows 2012r2 iso in my datastore.

but when I connect to it using web console or VMRC console, both consoles don’t show  Removable devices & power options grayed out.

I though that happened because the VMware Tools aren’t installed yet, so I used WinToolkit to install VMware tools from windows 2012 iso.

but when I tested that blueprint with this iso, the VMware tools were installed but I still have the Removable devices & Power options grayed out !_!

Web console doesn’t even pass the mouse clicks to the vm, it shows the vm as a picture ! the only thing it passes is the command tabs at the top of the web client as ctrl alt del…

how the End User for god sake can connect his own iso files or apps if neither VMRC nor Web Consoles show any option to connect a simple iso file ?!!!

I have attached a pic for VMRC Grayed out options..

People around me started annoying & say the vRA is pointless if can n’t provide a simple option like this..

please if you can help me with this it would be a great help.. 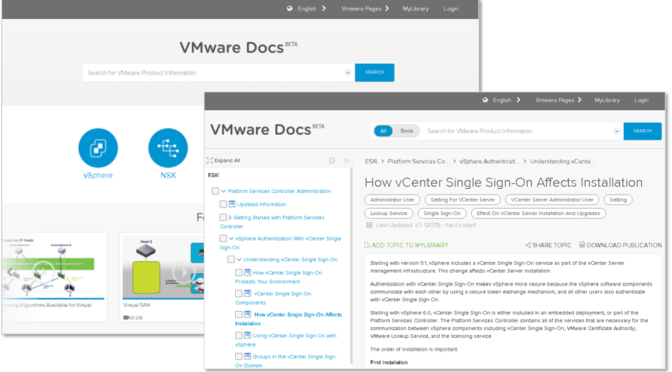 Today we are pleased to announce the beta launch of the docs.vmware.com site. This portal unifies the product documentation for all products, versions, and languages into a single site so you can find the information that you are looking for more quickly. VMware products offer a wide range of business solutions from desktop virtualization to support your hybrid cloud. We’ve heard your feedback that finding the right information can be difficult. Our search was out of date, the look and feel was not modern, the content was siloed, and the docs were not available on mobile devices. To address these problems, we decided to create a new site from scratch. The design of this site is meant to enable you to better filter content, find relevant answers, and create custom views of information that you can access on any device.

Key Features for You

Here are a few features that we hope will help you find the information that you need.

It’s All About Search

Our site design features search on every page. We’ve put in a new Elastic Search engine and a taxonomy to help you more easily locate relevant content. You can search the entire site or a particular book. 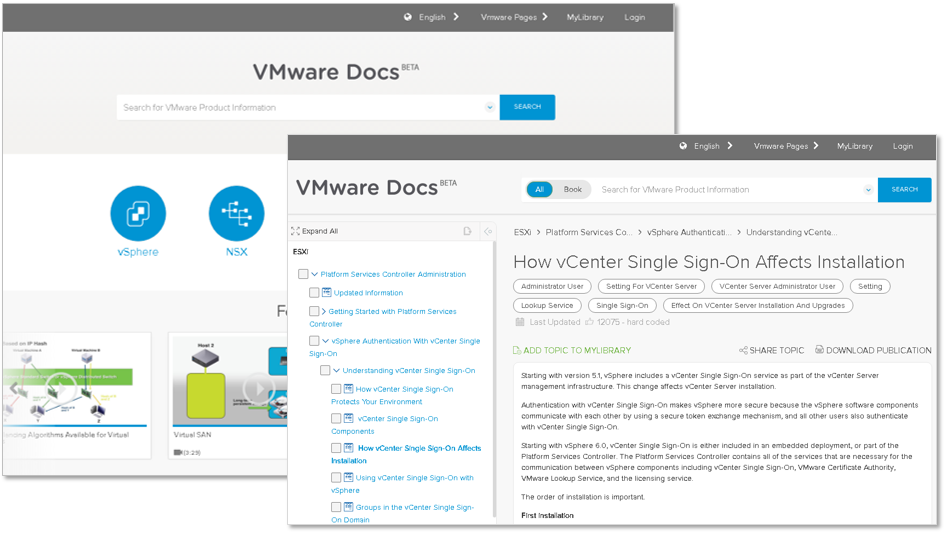 Filter to Find What You Need

With tens of thousands of pages of information, you need help reducing the scope of content to the products that you care about. Use the filters to limit your search to particular products, versions, or information types.

Use the MyLibrary feature to assemble custom doc sets that you can share as HTML collections. 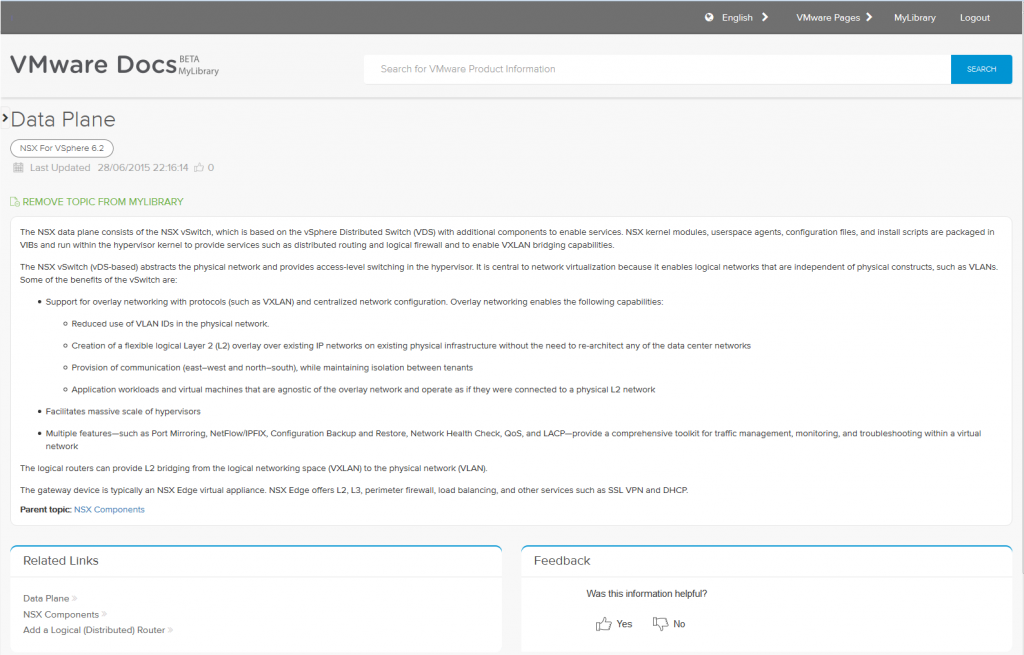 The beta launch of this site is only Step 1. We’ve put in new feedback mechanisms so we can hear from you more often and make more frequent improvements to the site and content.

Let us know if you want to get involved in helping us evolve our docs. Expect to hear more about the docs.vmware.com site as we prepare for the official launch.

The VM uses the SSD via SCSI.

Since it is the very first time I installed a VM I wonder if that loss of disk performance is to be expected, or should the VM perform better?

If the performance for read / write on the PC directly is set as 100% what performance could be expected within the VM?
80% or maybe just 60%? Or did I do something wrong?

If the disk performance in the VM can be improved, how so?

Thanks in advance,
Thomas